A client recently asked me what I mean when I say:

“Family business dynamics have an emotional function that needs to be recognised within the family.”

Anyone involved in a family business will know the answer to this question is multi-faceted and often means different things to any specific family.

Often it is just about being the glue that binds the individuals of the family to a common goal.

However, I often share a story from Michael Clarke – one he often tells himself.

Michael Clarke is a former Australian cricketer who is often asked to describe the most memorable moment in his career.

Michael has no shortages of highlights, he is one of Australia’s greatest players, playing 115 tests, 47 as captain. He led Australia from a ranking of 5 to be ranked number 1 in the world and lead Australia to a world cup victory.

But surprisingly his most memorable moment is as a teenager playing in his first game for his local Sydney 5th grade team.

An innings of a mere thirty-odd that was not highlighted by his trademark pull shots and flashing cover drives. But by pushing singles and tenaciously defending his wicket. All in front of a crowd of a handful and not the ten’s thousands of a boxing day test or world cup final.

So why was this seemingly insignificant grade cricket moment so memorable?

It was because of the player in the partnership standing at the other end of the wicket.

Who on that day went on to score 150 odd in a partnership that lead his 5th-grade team to victory.

Who was the player who shared the future captain of Australia’s most memorable moment? Greg Chappell? Brian Lara?

No, the player he shared this moment with was his father Les. To this day both Les and Michael, a life member are still members of the club, continuing to give back to the broader community.

The Power of Emotions

Every time I hear this story, I just think of how it captures the essence of what family businesses are about. Achieving goals in partnership with family, the people that matter to you. What this story shows us is how a young Michael supported his father on this day.

No doubt learning and being mentored by his father on the art of being  a great cricketer. Including how to build an innings and about game management. But more importantly, is how this experience emotionally impacted Michael. Not just sharing this moment with his father, but achieving it in partnership with him. Throughout his wonderful career, this was his single greatest moment. 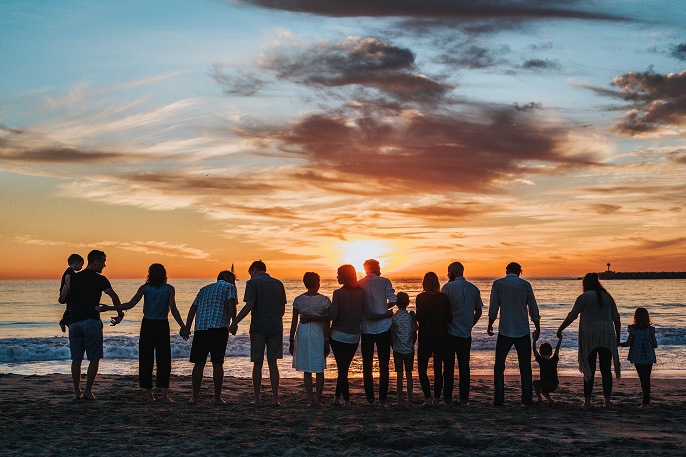 I have not seen or heard Les Clarke’s version of this story. However, I know the pride a parent feels when their child succeeds, and I am pretty sure you are nodding your head in agreement right now?!

What it does not show, is in the passing of time how roles in a family business change. The role of emotional ownership and commitment to achieve a common family goal.  In all likelihood, in the future it will be the father that eventually steps aside and supports the son as the business leader. I have often said that family businesses are more about the family then they are about the business.

Like all businesses, they want to make money. But, often their purpose is social, it is about the family and the community. Working with the family to achieve common goals, mentoring the NextGen how to “game manage” and lead the business and how to create a legacy to pass forward to future generations.

This story does not come close to demonstrating all the ways family businesses have an emotional and social role.

But it does beautifully demonstrate how they can impact the social development of the family and individual family members.

In a family business, this translates into emotional ownership of the business, the legacy, and the brand. This is a great privilege only afforded to family businesses and its value should never be underestimated. It should be nurtured as a valuable competitive advantage.

If your unsure about how your business and family can deliver this advantage, seek the assistance of an independent family specialist like Woodhouse .

You can also check out our videos on family businesses.